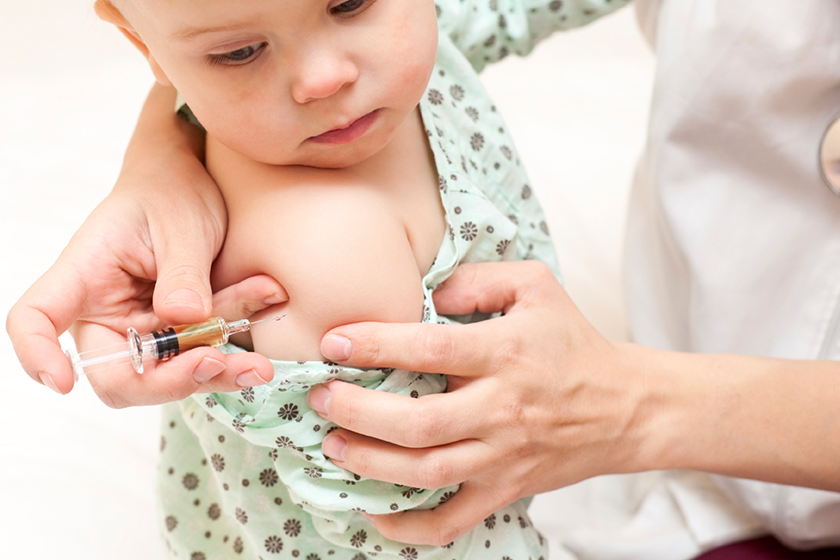 The U.S. vaccination program has dramatically improved the health of our nation. Millions of people now are spared the pain, disability, or premature death that were caused by infectious diseases in the past.

Here are some examples of what vaccination has accomplished:

Why should my child be vaccinated?

The success of the vaccine program leaves some parents wondering why their children must be vaccinated for diseases that are no longer widespread. Some may question "Are 26 vaccinations by age 2 necessary?" The answer is "Yes," according to the American Academy of Pediatrics (AAP).

In addition, one study concluded that some common childhood vaccines appear to protect against childhood cancer—the leading cause of death by disease among U.S. children up to age 14, according to the National Cancer Institute.

Vaccine safety is a big concern for parents and health care providers. Like any other medication, vaccines can have potential side effects. There’s a small increased risk for febrile seizures (seizures related to fevers) after the first dose of measles/mumps/rubella/varicella (MMRV) vaccine or in the first to second week after the measles/mumps/rubella (MMR) vaccine. Such seizures typically have no long-lasting effects but are scary for parents and children.

That’s why the Centers for Disease Control and Prevention (CDC) and the Food and Drug Administration (FDA) monitor vaccines for adverse reactions. It’s also why before vaccines are licensed, the FDA requires at least 10 years of testing to ensure they’re safe.

Allegations persist of vaccine-related autism, even though the primary article claiming this allegation has been retracted. Science-based studies consistently show no link between vaccines and autism. An analysis of the available research also concluded that there’s no connection between the MMR vaccine and autism.

Others worry about injury from thimerosal, a mercury-containing preservative that was first added to some vaccines in the 1930s. But as a precautionary measure, 10 years ago the Public Health Service agencies, the AAP, and vaccine manufacturers agreed to reduce or eliminate thimerosal. In any case, the CDC says that there’s no convincing evidence of harm from the low doses of thimerosal in vaccines.

What is herd immunity, and why is it important?

Herd immunity means that when most of a population receives a vaccination, the entire population is less likely to get the disease. Herd immunity protects those who aren’t yet vaccinated—like infants.

If too many people in a community don’t get vaccinated, outbreaks of preventable diseases can occur. In 1989, low U.S. vaccination rates led to a measles outbreak that resulted in more than 55,000 cases of measles and 136 measles-associated deaths. That’s why the Pediatric Infectious Diseases Society has issued a position statement against vaccine exemption for children.

In April 2019, the World Health Organization reported that cases of measles rose by 300 percent globally compared to 2018. Even countries with high vaccination rates like the US have experienced a rise in cases. This is due to unvaccinated clusters or communities coming in contact with the highly contagious and fast spreading disease. In the case of measles, 95 percent of the population must be vaccinated for herd immunity to protect against outbreaks. Even a small community of unvaccinated individuals can put the greater population of children not old enough to be vaccinated yet at risk.

Parents should work with their children’s health care providers to ensure that, whenever possible, the recommended immunizations are given at the appropriate time. Learn more about the CDC-recommended vaccination schedules here. Is your baby too young for most vaccines? Read this and learn how to keep her safe until she can complete her initial childhood vaccinations.

*According to the CDC, 1,282 cases of measles have been confirmed in 31 states in 2019. This is the greatest number of cases reported in the U.S. since 1992 and since measles was declared eliminated in 2000. Nearly three-quarters occurred in unvaccinated populations in NY.

**While no cases of polio have originated in the United States since 1979, the virus has been brought into the country by travelers with polio, according to the CDC. The last time this happened was in 1993.